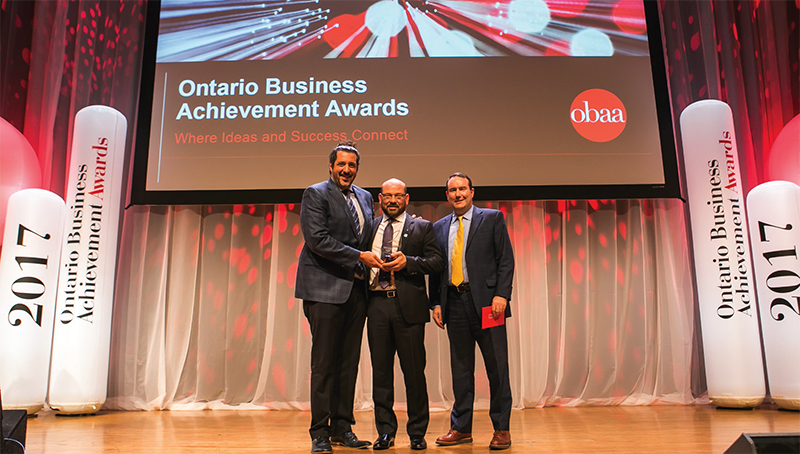 Losani Homes has won the Ontario Chamber of Commerce Business 360 Award. Presented to the Losani team at the recent Ontario Business Achievement Awards ceremony, this distinction recognizes a smallor medium-sized enterprise that exemplifies forward-thinking in all aspects of business.

“We are grateful to receive this recognition,” says Losani Homes CEO Fred Losani. “For over 40 years, our company has operated with one eye on the present and another on the future in order to learn, grow and change with the evolving demands of our customers and the new home and land development industry. This formula has been highlysuccessful for us, and we are humbled to be recognized for our approach to business.”

The Stoney Creek, Ont.-based company was also presented in 2017 with 10 of the 2016 Hamilton-Halton Home Builders’ Association Awards, including Project of the Year for its masterplanned Central Park community, recognizing the highest levels of achievement in the areas of building, design, promotion and marketing. In addition, Fred Losani was an Ontario finalist in the 2017 EY Entrepreneur of the Year awards.

“At Losani Homes, we will continue to create impactful communities in Southwestern Ontario,” Fred Losani says, “as well as making the world a better place through our Foundation.”